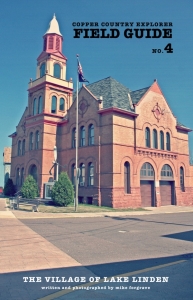 In the beginning it was its innate natural wonder that first attracted people to Torch Lake, the region’s abundance of virgin timber attracting French-Canadian lumberjacks to the region. It would be the deep and abundant waters of the lake itself, however, that would bring the most change to the region. Turns out those waters could not only feed the thirsty stamp mills of the Copper Empire, but their depths could accommodate the thousands of tons of waste tailings those mills produced. It was a match made in industrial heaven.

In the end the lake’s western shore would become lined by more then a dozen industrial sites along with a collection of villages and worker communities to support those sites. Then there was the lake itself, inundated with over 200 million tons of mine tailings and shrunk in size by nearly 20%. While the Copper Empire may be gone, its legacy is still visible along the shore and in the waters of a lake once only disturbed by the light of fishing torches.

The Village of Lake Linden Field Guide explores this lasting legacy of Torch Lake’s more industrious past, touring the old towns and abandoned industrial sites scattered along Torch Lake’s western shore. Street by street the guide takes you on tours of old mill towns  and then detours along old rail grades and side roads to explore abandoned mill sites, trestle remnants, dams, and other industrial artifacts still remaining scattered along the rugged hillsides. Inside its 90+ pages are over 60 pieces of copper country history to be found  along the streets and trails of Lake Linden, Hubbell, and Tamarack City. Each is illustrated with full color photographs, brief histories and locations. A collection of detailed area maps are also included, featuring not only the villages but the surrounding industrial areas as well including the C&H Mills and Smelting complex remains. (97 pages, 5.5″ x 8.5″, 13MB)

Each Copper Country Explorer Field Guide is available in two formats, both as a ePub digital download and as a full-color printed paperback. The ePub versions have been designed specifically for use on small-screen mobile devices, allowing them to be easily used while on-the-go on your phone or tablet. The printed versions are trade paperback size (5.5″ x 8.5″), printed in full color with perfect bound binding. Choose your format of choice from the options below: 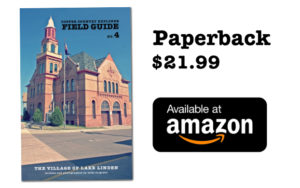 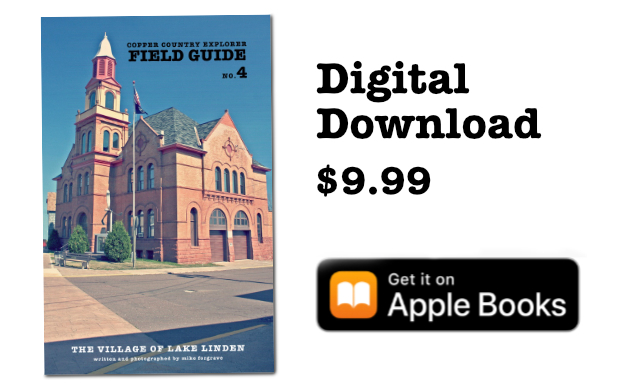