Head up a block from Lake Linden’s downtown and you will find the start of the village’s residential district. Like some socio-economic stratification the homes get smaller and less flashy as you head up the hill, leaving the largest and most impressive homes down along the first street past downtown – Hecla street. These homes were built not for a standard mill worker but instead for the village’s upper class  – managers, shopkeepers, clerks, and the like. These homes are a bit more elaborate, showcasing a bit more form over function in their presentation. A few of these homes have survived to this day, some looking almost the same as they did over a century ago. A prime example of this sits at the corner of Hecla and Second Streets, a turreted brick home that was once home to one of Lake Linden’s most prominent citizens – William Harris.

William Harris ran a highly successful mercantile business in town, success which allowed him to build a rather impressive masonry commercial block that remains standing to this day. It also provided him with the means to erect an equally impressive private residence just up the street. While not particularly large, the brick building easily augments such stature limitations with a hearty helping of some Victorian opulence. This excess touches include sandstone belt courses and lintels along with hand-painted wood scrolls and medallions. Then there’s the eccentricities found outside the old house, stranded-in-time elements such as wrought iron fencing and hitching posts still surrounding the property. It all adds up to quite an incredible scene, one seemingly frozen in time from a time long gone but not forgotten here in the Copper Country.

Tags
Historic Homes
Sign Up for the CCE Newsletter 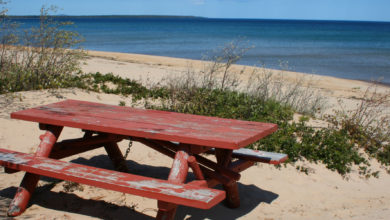 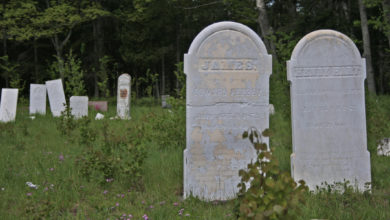 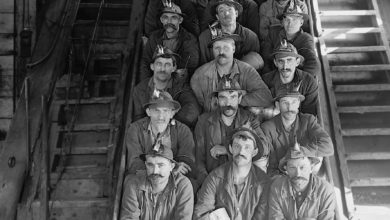